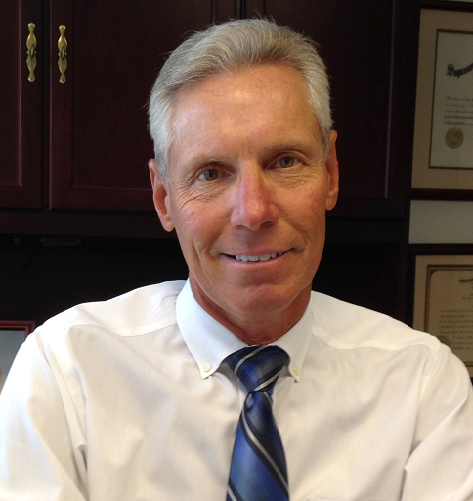 Licensed to practice law throughout Pennsylvania and New Jersey

Tom Farnish is an accomplished litigator and instructor of the law in Pennsylvania. He grew up in Coopersburg, Pennsylvania, graduating from Moravian College in 1978. He attended Temple University School of Law graduating in 1981. He joined what was then the law firm of Deutsch & Larrimore in 1981. His area of concentration as a lawyer is personal injury civil litigation.

Tom has successfully handled many personal injury claims involving defective products, vehicular accidents, premises liability, and wrongful death. He has earned settlements for his clients in excess of one million dollars in cases involving negligent medical care of infants and car/truck crashes. In the fall of 2007, Tom won a six figure verdict in Atlantic County, New Jersey, against an Atlantic City casino for a patron who was injured when the slot machine she was playing collapsed onto her lap.

In January of 2015, Tom received a $52 million verdict in a non-jury trial before Judge Pugliese in Camden County, New Jersey, believed to be the highest verdict ever received in Camden County.

The case involved a very unusual set of facts. The plaintiff was a pedestrian standing by her disabled car on the side of the road. A tow truck driver was working on hooking the car up to be towed to a garage when plaintiff was struck by a hit and run driver, causing massive injuries and serious traumatic brain damage to the plaintiff. The hit-and-run uninsured driver turned herself in to the police two days after the accident and she admitted to drinking in a local bar before the crash. The police confiscated surveillance tapes from the bar and after extensive review of the videos, and consultation with an expert witness, a dram shop action was successfully pursued. Even without any evidence of the blood alcohol content of the driver on the day of the accident, Tom was able to recover $1 million from the insurance policy for the bar. Tom pursued a separate claim against the business that had provided the tow truck at the scene of the disabled vehicle. The driver of the truck had not placed flares or reflective triangles on the road, warning other motorists of the presence of the disabled vehicle, and $1 million was recovered on behalf of the plaintiff from the liability insurance on the garage. Another $100,000 in underinsured motorist benefits was recovered from the car insurance maintained by the plaintiff on her own vehicle.

Plaintiff, age 20 at the time of the accident, is now age 24 and she will require care 24/7 for the rest of her life. She is now at home with her parents who provide daily care. Her mother quit her job to stay home to take care of her daughter and the verdict is notable for including over $1.5 million for the mother of the plaintiff, in her direct claim, in her own right, for her past and future lost wages.

This $52,041,828 verdict on January 2, 2015, was against the hit-and-run driver, and it included over $3 million in past expenses, over $27 million in future expenses and an award of $30 million for the pain and suffering plaintiff has and will continue to endure. After adding pre-judgment interest, the total judgment entered was $52,269,146. To date, $2.1 million has been collected.

Tom lectures regularaly at every law school in Pennsylvania and Delaware, as well as Rutgers-Camden Law School in New Jersey on professional responsibility - the ethical rules which dictate the practice of law. In addition, Tom is a Senior Director of Education and member of the lecturing staff of BARBRI in its courses preparing students to take the Pennsylvania and New Jersey bar exams. Each year he lectures law school graduates on Professional Ethics as tested on the Pennsylvania Bar Exam. During the bar review course he also presents lectures on the performance aspects of practicing law. He has lectured in various seminars for the Pennsylvania Bar Institute, as part of their Continuing Legal Education programs for educating current lawyers.